Philip was having significant success as a pastor in Samaria. But an angel of the Lord told him in a dream to go on a trip through the desert. He did, even though it meant leaving a growing ministry and without knowing why God asked him to follow the strange request of taking a desert road.

On the trip, Philip met an Ethiopian official who was in charge of all the treasures of the Ethiopian Queen. The official was highly trusted and of significant status. He was sitting in his chariot reading Isaiah.

Philip asked the official if he understood what he was reading. The answer was no. He needed someone to explain it to him. Wasn’t it great that Philip just happened to be there? Philip then presented the gospel message to the official who believed and was baptized! (Acts 8:25-39)

If the Bible didn’t state that God prompted Philip’s trip into the desert, many would believe the meeting of these two was coincidence. But it didn’t happen because of a chance encounter. It was a divine appointment.

What Is a Divine Appointment?

A divine appointment is simply a God-directed meeting that happens at the right time and place for a specific purpose. It usually appears like it is a coincidence, but is really a Godincidence.

With a sovereign God, there are no coincidences; there are only God-incidences.”

Dr. David Reagan in Living for Christ in the End Times

There is a purpose at the center of a divine appointment. The official’s life was forever changed once he understood the gospel and became a follower of Christ. That was a purpose of that divine appointment. But there may have been an even larger purpose not shared with us. The Bible doesn’t discuss what spiritual impact the official had after salvation. Based on the trust and stature he possessed, he may have influenced a chain reaction of life change in many others.

Do Divine Appointments Show Up in Small Groups?

Most small groups are populated by a process that appears to select members at random. Recruiting events match people interested in joining a small group with groups that are open. Friends, family, neighbors, and strangers are all asked if they are interested in joining a group. But even with the seemingly random process, it is clear that the selection of members for a group are not random. God is in it.

I am amazed at how God consistently brings people together in small groups who need and support each other.

I have seen a group member dealing with an illness rare enough that only one person in the entire church should be experiencing it. But when the person opened up about it, two more people in the group said they had experienced or were experiencing the same thing. This phenomenon is not just reserved for health problems. I see the same thing over and over with things like dreams, passions, family issues, and work problems.

How to Capture Divine Appointments

There are lessons we can learn from Philip’s experience. If you want your group to be a part of God’s divine appointments, consider the following three actions:

Philip already had a successful ministry before God sent him out into the desert. This did not happen without covering his ministry in prayer.

Pray for the spiritual development of your current members. Pray for God to bring in new members who will connect in extraordinary ways. Request God reveals His purposes for bringing your group together.

Philip was obedient to what God asked him to do. It didn’t matter how inconvenient or crazy the request was. It also didn’t matter if he knew the reason why.

Unconditional obedience to what God asks allows your group to be a part of divine appointments.

Did you notice the vulnerability of the Ethiopian official? He admitted to Philip that he needed help understanding what he was reading. That vulnerability provided an opening to fulfill the purpose of the divine appointment.

Be sure you pay attention to the divine appointments God sends to your small group.

Question: How have divine appointments been a part of your small group experience? You can leave a comment by clicking here. 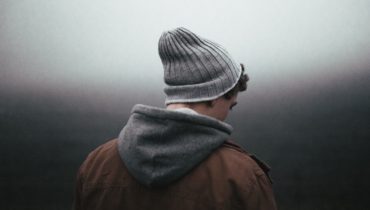 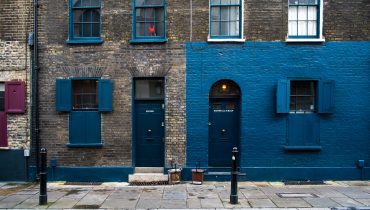