The very first home-based small group I participated in was organically formed. It wasn’t associated with any church.

We attended three different churches and lived in two different cities spread out over about 20 miles. We were four married couples related through a chain of friendships, from work and outside activities, wanting to study and apply the Bible together while having a good time.

The location of our weekly meetings rotated between each of our homes. We also rotated the leader responsibilities to the couple hosting. Each couple was responsible for food, leading the Bible study and prayer time every four weeks. It worked well for us.

Some great things happened in the life of our small group. This included one of the couples leaving the group to head for Africa as missionaries.

I am sure the concept of establishing small groups that cross church boundaries or are not associated with any church is viewed by some as controversial. One of the arguments against this concept is the possibility of people changing churches. Unfortunately, competition between churches, instead of cooperation, has resulted in the Church (capital “C”) impacting the community much less than it could.

I believe the inter-church small group is going to be more prevalent in the future.

People are going to become less attached to a specific church (maybe even denominations). The concept of church membership will fade away. Online attendance to church services will increase and there are many services around the world to choose from. People will be looking more to small groups for support to their spiritual growth rather than the traditional church services.

24.5 percent of Americans now say their primary form of spiritual nourishment is meeting with a small group of 20 or less people every week.”

7 Startling Facts: An Up Close Look at Church Attendance in America by Kelly Shattuck.

At the same time, the value of friendship and community will increase. Small groups will form organically with friends, similar to my early experience. Technology will be used for friends to participate in groups from around the world. This will cause online groups to increase in popularity as friends move but stay connected.

This view of the future may be scary to some people. But imagine what would happen in your community if churches cooperated to set up and support small groups that were community service, mission and discipleship focused.

Just think about it.

Question: What are your thoughts about the long-term future of small groups? How do you see them changing in the future? You can leave a comment by clicking here. 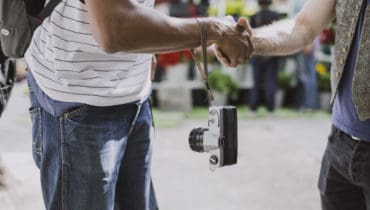 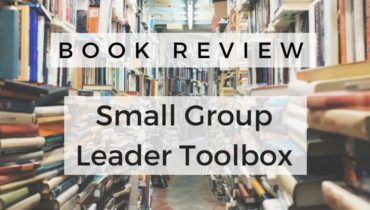