Is God calling you to lead a small group but you don’t feel you have the ability to lead?

Moses didn’t believe he was ready to lead either…

God and Moses Talk About the Ability to Lead

God spoke to Moses through a bush on fire that did not burn up. He said He would use Moses to go to Pharaoh and lead the Israelites out of Egypt where they were slaves.

God spoke directly to Moses through a miracle. Surely Moses jumped at the opportunity to be obedient, right?

Moses said to God, ‘Who am I, that I should go to Pharaoh, and that I should bring the children of Israel out of Egypt?'” Exodus 3:11

Moses answered, “But, behold, they will not believe me, nor listen to my voice; for they will say, ‘God has not appeared to you.’” Exodus 4:1

Moses didn’t believe he had the status required for Pharaoh or the Israelites to listen and believe him.

God then told Moses the Israelites would listen to him when they were told God sent him. He also revealed that it would not be as easy to get Pharaoh on board with God’s plan. God would need to bring extreme difficulties on Egypt. Then God showed Moses examples of the power He had to cause those difficulties. He turned Moses’ staff into a snake and then back into a staff. He made the skin on Moses’ hand turn leprous and then back again.

With God’s explanation and demonstrating these additional miracles, now Moses would do whatever he was asked, right?

Moses said to God, ‘O Lord, I am not eloquent, neither before now, nor since you have spoken to your servant; for I am slow of speech, and of a slow tongue.'” Exodus 4:10

Moses still didn’t believe he was good enough because he wasn’t a great speaker. He asked God to send someone else. God was now angry! He did allow Moses’ brother, Aaron the Levite, to go and be his voice and ended the excuses.

Ultimately, Moses led the Israelites out of Egypt and well on their way to the Promised Land.

Is God Asking You to Lead?

It is easy to read about Moses’ burning bush experience and question how he could resist God’s plan for him. But don’t we do the same thing?

I recently talked with a woman who told me she knew for over a year that God wanted her to lead a small group. I asked what was stopping her. Her response was a familiar one. She didn’t believe she was knowledgeable enough to have an answer for any question the group might ask her.

God isn’t looking for perfection. He is looking for obedience. In fact, there is power in our weakness. God reveals Himself to others when He does the impossible through us.

Maybe you feel you need more training. Maybe you think you lack experience in some area. Or maybe, like me when I started, you get nervous when you talk to a group of people. None of these are valid excuses for being disobedient to God. If He is asking you to lead a small group, there is no valid excuse to say no. You always have the ability to lead through God’s power.

It is a privilege to lead a group of people who desire to be more like Jesus. Like Moses, God can use you to change your members, community, and ultimately the world.

If God is asking you to lead a small group, it doesn’t matter if you believe that you have the ability to lead. Just say yes and He will show Himself to you and others through your obedience.

Question: Why do you think you lack the ability to lead? What can you do to move from feeling inadequate to obedient? You can leave a comment by clicking here. 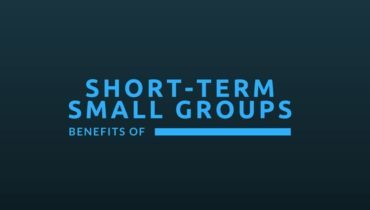 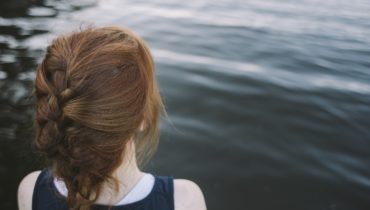