What is one of the most difficult skills for new small group leaders to learn and do? It’s allowing silence to remain in the middle of a discussion.

Silence during a conversation becomes awkward in a matter of seconds. The number of seconds varies by culture, but the awkwardness kicks in at about 4 seconds or less in the United States.

We are social and being in a group when the interaction suddenly stops can bring up uncomfortable emotions like anxiety and lack of confidence.

But for the small group leader, the use of silence is a powerful skill. While some people find it uncomfortable, it can provide benefits like encouraging participation from ones who don’t readily jump into the conversation.

What are some ways a new (or not-so-new) small group leader can use to get comfortable exercising silence as a tool during discussions?

Get Comfortable With Silence

Here are five ways group leaders can stop fearing silence and start looking forward to reaping the benefits it provides.

Silently count “one thousand one, one thousand two, …one thousand ten”. This will give you something to do during the silence and will keep you silent until 10 seconds have gone by or someone else in the group speaks. Of course, it is important that you do the counting in your head and not out loud.

2. Focus During the Silence

Another way to take your mind off the silence is to focus on something like your breathing or the ticking of a clock in the room. This is a meditation technique that will help you reduce the awkwardness and stress caused in that moment. The 10 seconds won’t seem like 10 minutes.

3. Learn About the Benefits

The more you know about how silence is beneficial in group conversations, the more comfortable you will be in using it. Silence gives your deep thinking members time to form their responses. Silence can put emphasis on what was said or asked. These are just a couple of to be gained.

4. Sit In Silence Before the Gathering

If you are someone who continually has to have music, television, or other noise in the background, you could benefit from sitting in silence on your own. This can be extremely useful if done before your small group gathering. Plan some time before members arrive to sit in silence and pray, listen, reflect, and go over expectations of your evening. Discover the value of silence before the doors open for your arriving members and guests.

While others are talking, many of us are naturally more concerned about what we are going to say next than we are about truly understanding what the other person is saying. If you focus on understanding others during the conversation, you will be less likely to have the urge to immediately respond. This is a key part of effective listening.

Pick one or two of these methods to get started. Put them into practice at your next group gatherings.

If it is still extremely awkward for you, tell your group members what you are doing and why. They will be encouraging and supportive as you develop this skill and they gain the benefits. Maybe some of them will soon be group leaders themselves and will be better prepared because of what they learned through you. 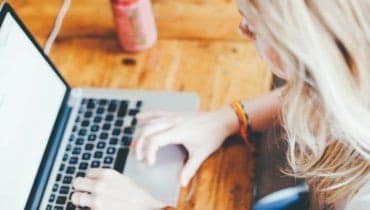